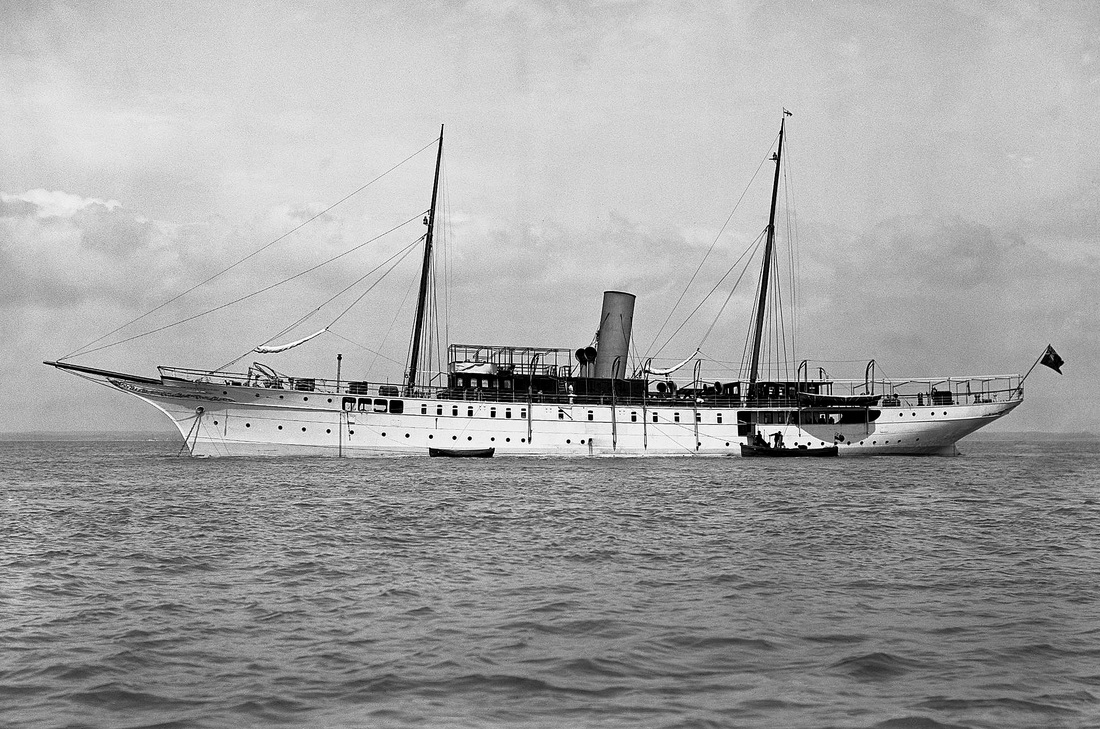 She was built by Ramage & Ferguson in Leith for Baron de Forest, a particular chum of Winston Churchill.  Born in 1879, Arnold Maurice Bischoffsheim was adopted by the banker Baron Hirsch.  He was educated at Eton and Christchurch, Oxford.  An Austrian baron, he was given royal authority to use the title of baron in the UK and was married to a childhood friend of Churchill's, Ethel Gerard.

Churchill spent part of the summer of 1908 aboard Honor a Deauville, enjoying gambling at the casino and polo at Trouville and in 1910 he and his wife were aboard the yacht when she ran aground off Mitylene (a stone's throw from Gaillipoli) and was stranded for several days - news that made the New Zealand Herald, for some reason.

In 1911, Honor was sold to Baron Henri de Rothchild and became EROS, the third of five yachts of that named owned by Rothschild (the source of some confusion in the records for this yacht).

Rothschild's fourth Eros was also a Ramage & Ferguson yacht (formerly Venetia) - a very lovely example of her type - and his fifth and final Eros was an even larger and grander yacht, which was lost while in service during WWII.

Our Eros was requisitioned by (or possibly donated to) the French government during (or possibly just after) the Great War and remained in government service until 1924, when she was sold to J S Webster & Sons